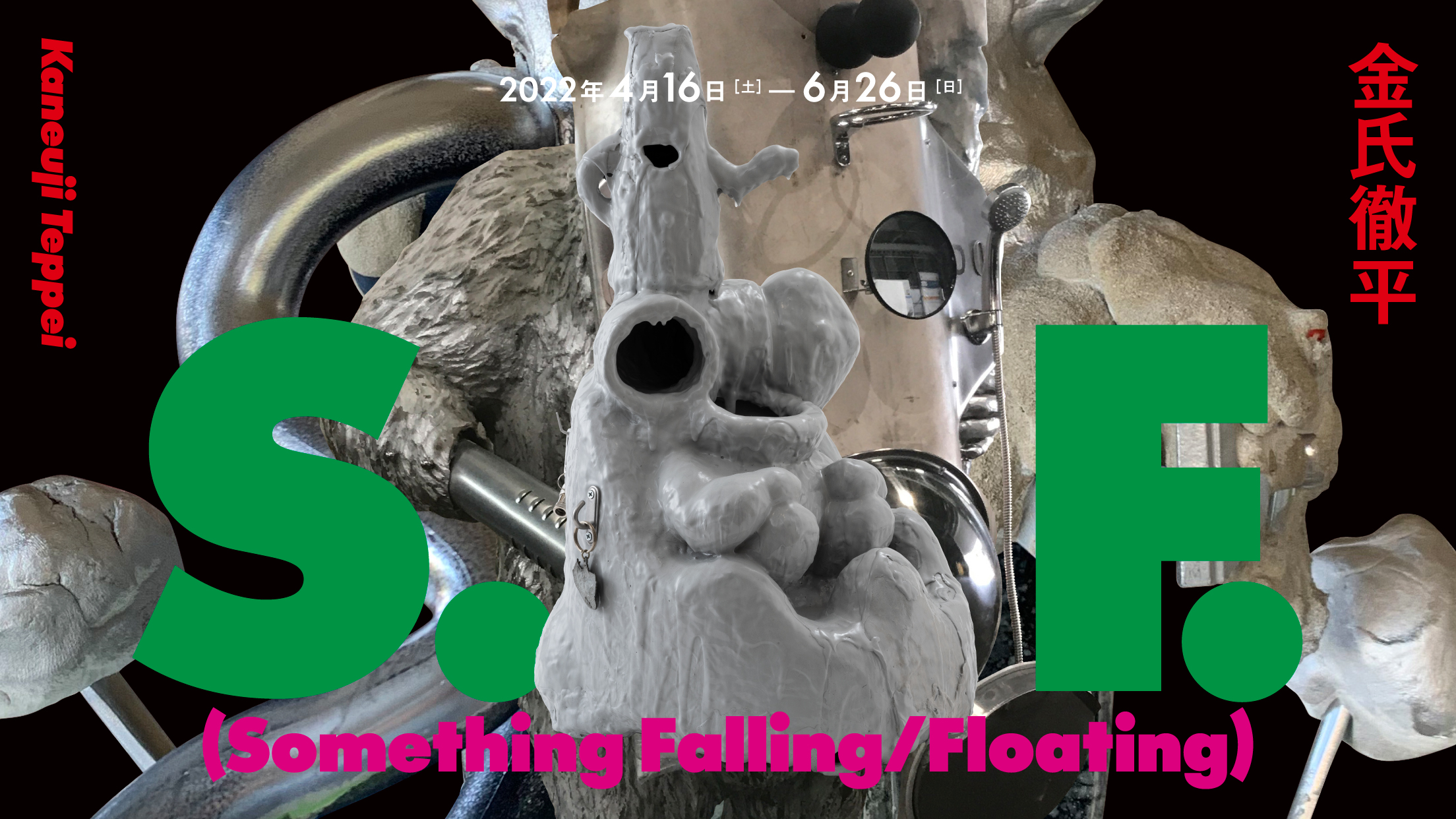 The Ichihara Lakeside Museum is pleased to present the exhibition, “Teppei Kaneuji S.F. (Something Falling/Floating).”

Teppei Kaneuji is recognized as one of the most remarkable artists of our time. Kaneuji uses a collage-like technique to free everyday objects from their usual purposes and contexts, connecting them dynamically to reveal unexpected forms and landscapes. His works conceived as a result of such endeavors, subvert everyday stereotypes and re-question the concept of “sculpture” itself. In recent years he has been engaged in collaborations across diverse fields including literature and theater by means of further developing his signature collaging technique. This exhibition introduces Kaneuji’s ambitious attempt to reflect upon “sculpture” while drawing from his experiences and once again returning to his personal standpoint.

Kaneuji has continued to convey his own unique world where reality and fiction coalesce through combining various “S’s” and “F’s.” As well as the Smoke and Fog series which became a starting point for “S.F,” a line-up of around 100 works consisting of three-dimensional, two-dimensional and video works such as Boiled Daydream, Gray Puddle, Games, Dance & the Constructors, and many new additions to his oeuvre including those made with materials found in Ichihara, are presented on this occasion. Visitors are invited to explore the wonders of Teppei Kaneuji’s “S.F. Universe” that unfolds within this art museum conceived as a heritage of Japan’s bubble-economy architecture on the shores of an artificial lake.

Born in 1978, Teppei Kaneuji is an artist and sculptor who lives and works in Kyoto. He earned a graduate degree in sculpture at Kyoto City University of Arts in 2003, where he now teaches as the Associate Professor.
He uses things around him as materials for his works, altering their meaning via a collage method that involves cutting off parts and attaching them elsewhere.
He has done solo exhibitions at the Yokohama Museum of Art (2009), the Ullens Center for Contemporary Art (Beijing, 2013), Marugame Genichiro-Inokuma Museum of Contemporary Art (2016), and at other venues inside and outside Japan. Since 2011, he has also worked on set design and produced theatrical works in 2012.
He received Kyoto City’s Best Young Artist Award in 2012, and the Kyoto Prefecture Culture Prize Award in 2015, and The 29th Takashimaya Art Prize in 2018.